From 11th to 20th March, 2017, Elena Chaika took part in the final meeting of coordinators of the Tempus project «Developing the Teaching of European Languages: Modernising Language Teaching through the development of blended Masters Programmes». The meeting was held at Aston University (Birmingham, UK). The consortium participants of 10 universities from the UK, Germany, France, Russia, Ukraine and Uzbekistan reported on the project results in their universities.

The chief coordinator of the Tempus project, Dr. Sue Garton (Aston University), noted that the tasks assigned to the members of the Voronezh State University working group had been solved in full:

MA programme «Teaching languages with the use of online technologies» was launched, and at the moment 39 people study at its full-time and correspondence departments;

the in-service training programme for university and secondary school language teachers is in operation;

the training modules materials designed and developed within the project are used in the learning process;

educational and methodological manuals and scientific literature were purchased to ensure the educational process;

the technical base of the faculty of Romance and Germanic Philology was replenished.

During the implementation of the Tempus project, from December 2013 to March 2017, the ties between its members were strengthened, and this made possible the embodiment of new ideas. Erasmus+ students of the MA programme «Teaching languages with the use of online technologies» spent one semester at the universities of Caen (France) and Aston (Great Britain). From March 5th to 19th, 2017, Inna Dombrovskaya and the 2nd year master student Oleg Borisov visited Aston University to collect materials and develop the structure of the module, which is planned to be completed by October 2017 and implemented in the educational process of this MA programme in the field of Language Education. 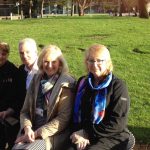 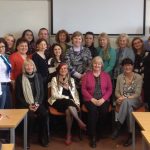 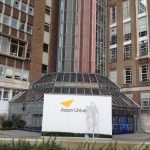 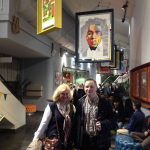 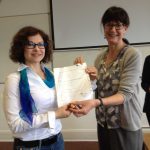 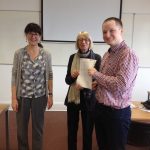 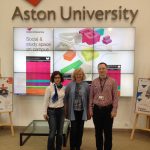